Supreme Court To Hear Arguments On The Future Of DACA 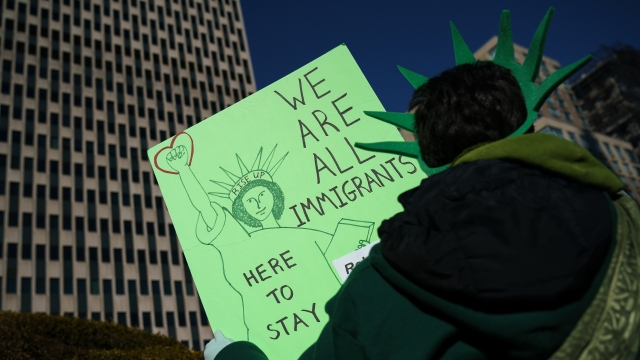 The Supreme Court will hear arguments on whether or not the Trump administration can end the Deferred Action for Childhood Arrivals program.

The Supreme Court will hear arguments about the fate of the Deferred Action for Childhood Arrivals program.

On Friday, the high court granted the Trump administration's request to consider the issue. The justices combined three cases into one. Lower courts had ruled against the White House in all three.

The Trump administration announced in September 2017 that it would end the DACA program. But the decision was challenged in multiple lawsuits. The cases affect the future of hundreds of thousands undocumented immigrants who were brought into the U.S. as children.

The justices will hear arguments during their next term, which starts in October. They'll consider two questions: whether the courts have legal standing to review the rollback of DACA, and whether that rollback is legal.