Supreme Court Will Review Case That Could Impact Future Voting 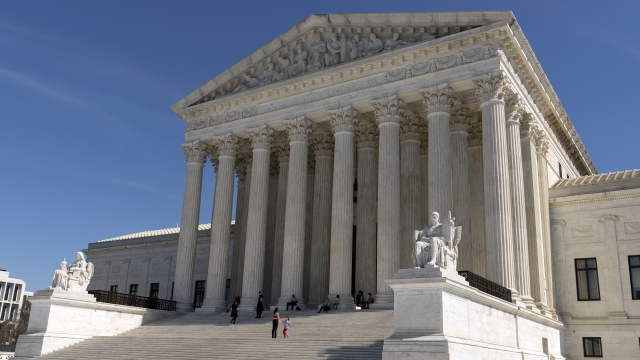 Some worry that if state legislatures have total control, whichever party is in power could override a governor’s veto.

The Supreme Court will hear a case that could change the way elections are run.

Republicans in the state who drew the maps are bringing the case to the nation’s highest court because they say the fact that a state court stepped in to decide the matter is a violation of the elections clause in the Constitution.

The clause states Congressional elections "shall be prescribed in each state by the legislature." These Republicans say this clause known as the Independent State Legislature Theory — means no court can step in and act against what a state legislature decides including a partisan gerrymander.

"The issue in this case is, how much if any special kind of independence do state legislatures have in this role of regulating national elections?" said Richard Pildes, professor of constitutional law at NYU School of Law.

And that is where the hype around this case lies. Some worry that if state legislatures have total control, whichever party is in power could override a governor’s veto. Pildes says that’s unlikely.

"I just don't think that implication is at stake in this case, no one's arguing for that position. In this case, the Supreme Court has already decided long ago, that governors retain their power to veto these kinds of state laws. Those are decisions that have been reaffirmed and relied on, you know, for many, many decades in the election context," said Pildes.

The other big question: Could legislators appoint different electors? This concern comes after former president Donald Trump urged states to choose new electors in 2020 in places he lost. Pildes says regardless of the outcome, this is unlikely to happen because electors can’t be chosen after an election.

"What they cannot do is ignore the popular vote, and just decide 'we like to appoint these electors.' If there's a dispute about who the people actually voted for, you know, there's uncertainty about ballots and things like that. That's a different matter," said Pildes.

The fact that this court took the case is a big deal in itself. Justices Thomas, Alito, Gorsuch and Kavanaugh have all shown some favor to the Independent State Legislature Theory. It would be the first time the court ruled in favor of it — but how far they could go is what experts will be listening for during arguments.

A decision should come by the end of spring.