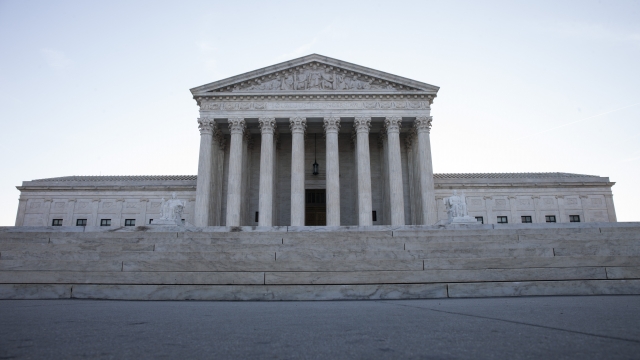 Climate scientist Michael Mann is suing for defamation over an article that accused him of data manipulation and misconduct.

The Supreme Court rejected an appeal Monday and will not intervene in a lawsuit filed by a climate scientist against a magazine and a think tank.

The lawsuit, which will proceed in lower courts, was filed by scientist Michael Mann against conservative magazine National Review and the Competitive Enterprise Institute in 2012. Mann is suing for defamation over an article that accused him of data manipulation and misconduct.

The National Review piece quoted and linked to a post by Rand Simberg of the Competitive Enterprise Institute regarding an investigation of Mann by Penn State University.

Simberg compared how the university handled a 2009 investigation into climate change data manipulation allegations against Mann to how it handled the investigation into former football coach Jerry Sandusky, who was later convicted of sexual misconduct.

The 2012 National Review piece, which prompted the lawsuit said, "instead of molesting children, he has molested and tortured data."

Earlier this year, National Review appealed to the Supreme Court, after D.C.'s Superior Court dismissed its argument that Mann was violating a D.C. law that aims to hold off lawsuits targeting speech on matters of public concern.

In response to Supreme Court's decision not to intervene in the lawsuit, Mann told CNN he's pleased with the nearly unanimous decision and that he's "looking forward to trial."

Meanwhile, National Review and Supreme Court Justice Samuel Alito expressed disappointment in the decision. Alito wrote an eight-page dissent arguing that the case brought up First Amendment concerns "that go to the very heart of the constitutional guarantee of freedom of speech and freedom of the press."

National Review says it will continue to fight the lawsuit.