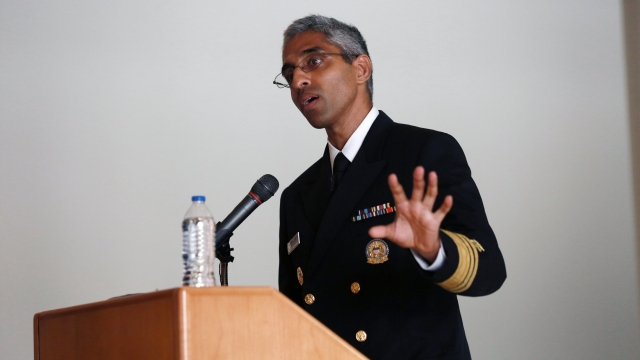 Murthy wrote that bogus claims have led people to reject vaccines and public health advice on masks and social distancing.

In a 22-page advisory, his first as President Joe Biden’s surgeon general, Murthy wrote that bogus claims have led people to reject vaccines and public health advice on masks and social distancing, undermining efforts to end the coronavirus pandemic and putting lives at risk.

The warning comes as the pace of COVID-19 vaccinations has slowed throughout the U.S., in part because of vaccine opposition fueled by unsubstantiated claims about the safety of immunizations and despite the U.S. death toll recently passing 600,000.

“Limiting the spread of health misinformation is a moral and civic imperative that will require a whole-of-society effort,” wrote Murthy, who also served as surgeon general under former President Barack Obama.

Health misinformation was a global problem even before the internet and social media allowed dangerous claims to spread faster and easier than ever before. The problem of COVID-19 misinformation is so great that the World Health Organization has deemed it an “infodemic.”

Given the role the internet plays in spreading health misinformation, Murthy said technology companies and social media platforms should make meaningful changes to their products and software to reduce the spread of misinformation while increasing access to authoritative, fact-based sources.

As for everyday Americans, Murthy urged them to verify questionable health information with trusted sources like the Centers for Disease Control and Prevention and to exercise critical thinking when exposed to unverified claims. If you have loved ones or friends who believe or spread misinformation, he said, it's best to engage by listening and asking questions rather than by confronting them.

While some groups that push health misinformation do so for profit, Murthy wrote that many Americans may be spreading bogus information without intending to cause harm.

“Misinformation hasn’t just harmed our physical health — it has also divided our families, friends, and communities," Murthy wrote. “The only way to address health misinformation is to recognize that all of us, in every sector of society, have a responsibility to act.”