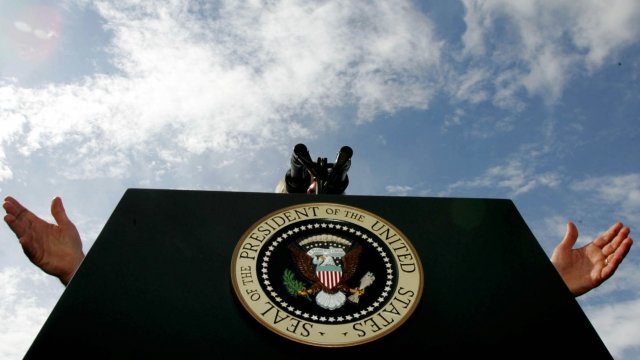 Political scientists ranked all U.S. presidents from "failure" to "great."

The greatest president of all time is Abraham Lincoln, according to the 2018 Presidents and Executive Politics Presidential Greatness Survey.

The survey was based on 170 responses from current and former members of the American Political Science Association's Presidents and Executive Politics Section. It asked respondents to rate the presidents from 0-100, with 100 considered great.

Since the last survey in 2014, several former presidents moved up on the list. Barack Obama climbed from 18th to 10th, George W. Bush went from 35th to 30th, and Ronald Reagan now places in the top 10 at ninth. But that means that some presidents were ranked lower this year, including Bill Clinton, who dropped five places to 13th.

President Donald Trump came in last with an "overall greatness" rating of 12.34. Despite this, the survey's researchers note "dozens of presidents have had slow starts and have course corrected to improve their public esteem," and that Trump's presidency "may alter perceptions of presidential legacies as his unique approach to the office continues to surprise."