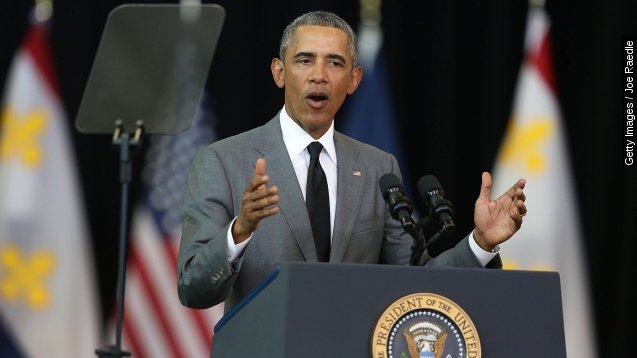 President Obama will become the first U.S. president to learn survival tactics from Bear Grylls. The two will tackle the Alaskan tundra.

Except — oh, wait — this isn't your typical celeb. It's the president. The president of the United States.

In an upcoming special episode, Grylls and President Obama will meet in Alaska to look at the effects of climate change.

The announcement comes a day after President Obama announced he was restoring Mount McKinley's original name — Denali — out of respect for the region's native people.

Climate change has been one of the president's major focuses, and Alaska is a significant case study.

As the U.S.' only Arctic state, Alaska faces unique challenges from climate change. The Arctic as a whole has been warming faster than the rest of the planet, and Alaska is already warming twice as fast as the rest of the U.S, according to Climate Central. (Video via The White House, NASA)

The White House also announced Obama wants to expand government programs that will give Alaskan Natives more input in the development of their natural resources, including managing Chinook-salmon fisheries. (Video via Alaska Dispatch News)

So we can probably guess the theme of Obama and Grylls' episode will revolve around that. Or maybe it'll feature the two scaling a glacier.

NBC is touting that Obama will be the first U.S. president to learn survival skills from Grylls. Obviously. The show is in its second season.