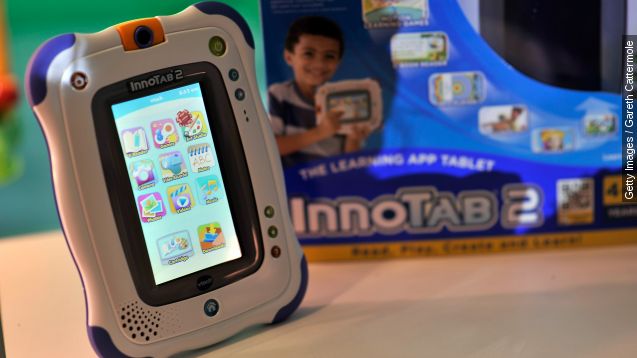 The hack exposed the profiles of more than 6 million children.

U.K. police have arrested a 21-year-old man in connection with the November data breach of electronic toymaker VTech.

The hack exposed the personal information of more than 6 million kids worldwide. About 5 million parent accounts were also exposed.

The toymaker says the breach didn't release any financial information, but names, email addresses, mailing addresses and other items were compromised. Some reports indicate even photos of children may have been accessed. (Video via VTech Holdings Limited)

The suspect's name has not been released, but police indicate a "number of electronic items" were seized from the man's home.

The head of the Cyber Crime Unit responsible for the man's arrest said in a statement: "Cyber criminality is affecting more and more business around the world. We will continue to work closely with our partners to identify those who commit offenses and hold them accountable."