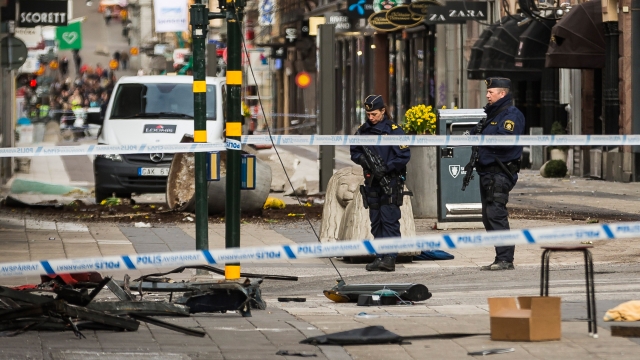 A lawyer for the suspect said at a hearing Tuesday his client has admitted guilt and agreed to be detained.

The man suspected of crashing a truck into a crowd in Stockholm last week has admitted to committing a "terrorist crime."

A lawyer for 39-year-old Rakhmat Akilov said at a hearing Tuesday his client has admitted guilt and agreed to be detained.

The suspect, a construction worker from Uzbekistan, was arrested shortly after the attack that left four people dead and more than a dozen others injured.

The attacks killed at least 40 people and injured over 100.

Police say he applied for residency in Sweden back in 2014, but his application was rejected late last year. He was supposed to be deported, but he disappeared.

According to CNN, prosecutors have until May 11 to formally charge the suspect.

Police also detained a second man in connection with the attack. But officials later said the case against him "weakened" and they dropped the arrest.