Not Paying A Price For Voting Twice 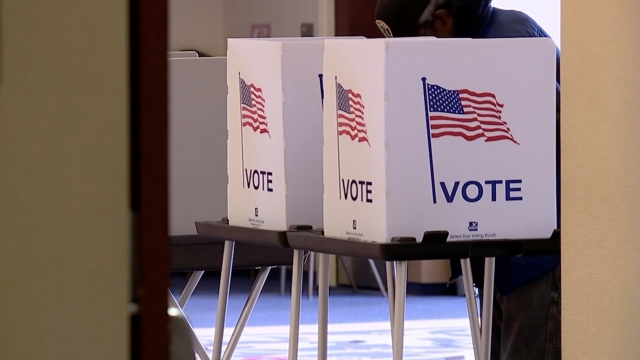 Vote fraud is rare, but not as uncommon as criminal charges for people who actually vote more than once.

She gave the names to county prosecutors across the state who ultimately never charged any of the suspected double voters.

“I was disappointed that we didn’t have any of our county prosecutors actually prosecute those crimes,” Wyman said. “They are felonies in our state.”

A study by researchers from Harvard and Stanford found double voting is infrequent, happening at most in 1 out of every 4,000 ballots with record-keeping errors at election offices responsible for many of the cases.

Rare as someone actually voting twice might be, Newsy found it’s even more unusual to see charges filed when it does happen.

One reason is because people who vote twice don’t always do so on purpose.

Most of the 74 cases of possible voter fraud in Washington State occurred in populous King County, home of Seattle.

The prosecutor’s office received and investigated 18 reports of double voting, finding enough to believe 10 people did in fact vote twice, but never charged anyone with a crime.

King County’s prosecutor declined to speak on camera but a spokesman said all 10 double voting cases were accidental. They were people who had moved and voted again in their new town or who cast a ballot in another state where they had a second home.

Instead of issuing indictments, the prosecutor’s office sent warning letters to the suspected illegal voters, telling us, “We have seen the same result from our letters as we did from the previous misdemeanor filings – they stop their behavior. If they did not, we could move forward with filing a criminal case against them, and we’re very clear about that in our letters to them.”

“They might vote early, actually forget and show up at the polls,” Minnite said.

Other times, someone votes for a recently deceased spouse.

“People who’ve been married 50 years are finishing each other’s sentences, his vote is my vote, I don’t know, it’s like a dumb thing to do,” Minnite said. “But was there really an attempt to undermine an election?”

Washington State law says double voting is illegal only when someone intentionally votes twice or acts recklessly or negligently.

“The crime is that you knowingly did it,” Minnite said. “So to convict somebody you have to get to state of mind.”

So law enforcement focuses on major cases of voter fraud, like an Ohio poll worker who repeatedly voted in multiple elections.

“We want to protect the right of everyone to vote and that includes not only making sure that everyone who’s eligible is able to vote but that their vote isn’t diluted or negated by someone voting illegally,” von Spakovsky said.

Wyman hopes prosecutors will eventually charge some of the 74 people she identified across Washington State as voting twice.

“There’s a part of me that understands yeah it would be a deterrent if we prosecuted someone who voted more than once,” Wyman said.