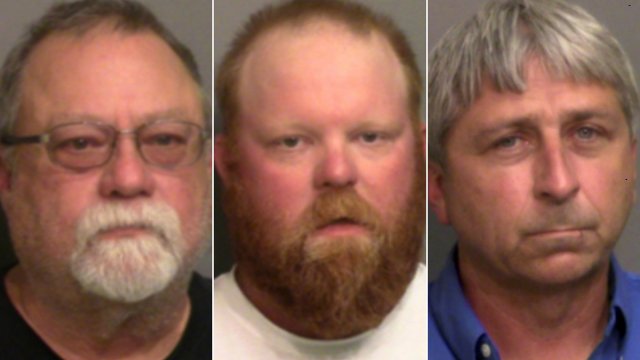 Gregory and Travis McMichael are each charged with nine counts including murder, felony murder, aggravated assault and false imprisonment.

The three White men accused of murdering Ahmaud Arbery back in February all entered not-guilty pleas while appearing via video in a Georgia courtroom today.

Gregory McMichael and his son Travis McMichael are both charged with nine counts that include murder, felony murder, aggravated assault and false imprisonment.

Along with the pleas, the judge worked through several motions, including an attempt to strike Atlanta-area District Attorney Joyette Holmes from the case. Holmes is the fourth prosecutor to handle this case.

The judge denied that motion, and for now, Holmes is still in charge.

Also on the table during this arraignment: bond for William Bryan Jr. Ahmaud Arbery's mother spoke in opposition to letting Bryan out of jail.

WANDA COOPER-JONES: "He does not think there is anything wrong with what he did. He wants this court to allow him to go home. I ask this court to say no, he cannot go home. He did not allow my son to go home."

The judge ultimately denied bond for Bryan, citing, among other things, a completely separate investigation into sex crimes by the Georgia of Bureau of Investigation.

The McMichaels and Bryan are all being held at the Glynn County Jail.