Fact-Check: When Do 'Most Women' Find Out They're Pregnant? 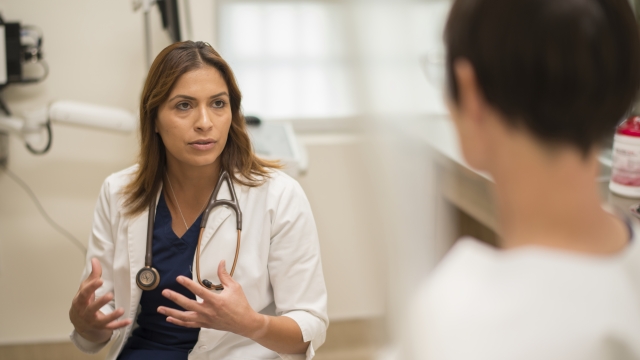 Abortion rights advocates have criticized recently approved laws for banning abortions before some women even know they're pregnant.

A growing number of states are cracking down on abortions, and many of the Democratic presidential candidates are coming out in support of abortion rights.

Rep. Eric Swalwell tweeted, "The so-called 'heartbeat' law outlaws abortion before most women even know that they're pregnant. This is one of the most restrictive anti-abortion laws in our country." That statement was accompanied by a link to a news story on Georgia's new abortion law.

As of late May, Georgia is one of eight states that passed restrictive abortion laws this year. Its new law recognizes "unborn children" as people. It bans most abortions after a fetal heartbeat is detectable, which doctors say is typically at about six weeks. But it does make an exception for cases of rape or incest.

Swalwell's tweet echoes an argument frequently used by abortion rights supporters — that women often don't know they're pregnant at just six weeks. So let's look at what we do know about the early stages of pregnancy.

Typically, the first indication of pregnancy is a woman's missed period, which should happen every 28 days. But having an irregular period is pretty common, so it's not unheard of for a woman to miss two cycles before thinking she might be pregnant. Hypothetically, that puts her at eight weeks pregnant, and if she lives in a state with a six-week abortion ban, the option would be unavailable to her.

Going back to Swalwell's tweet, does that mean so-called heartbeat laws ban abortions before "most women" know they're pregnant? Our partners at Politifact reached out to reproductive law experts and the American College of Obstetricians and Gynecologists. They found there's not a precise time when "most women" know they're pregnant, making Swalwell's statement hard to verify.

What we do know is a majority of abortions are performed when a woman is eight weeks pregnant or less. A six-week abortion restriction would likely impact some women, but we don't have the data to figure out exactly how many.

This story is reported in partnership with PolitiFact and is part of an in-depth analysis show called "What the Fact" that airs Sunday mornings on Newsy. Additional reporting from Newsy affiliate CNN.