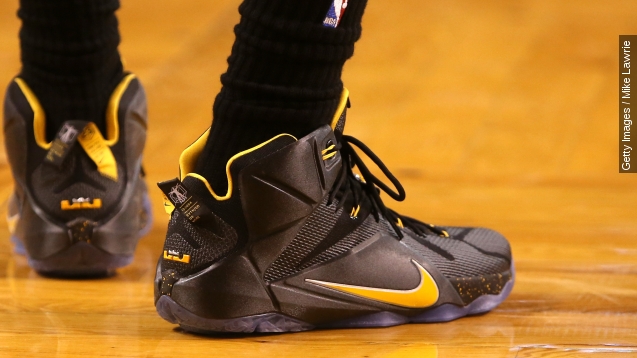 The partnership will give Nike the rights to place its signature symbol on all team uniforms, and the deal came with a hefty price tag.

You'll start seeing the Nike "swoosh" on much more NBA apparel than just shoes in the near future.

Wednesday, the NBA and the world's largest sportswear manufacturer agreed to an eight-year contract that gives Nike the rights to slap its signature symbol on team uniforms and other on-court apparel. The deal begins at the start of 2017-2018 season.

According to ESPN sources, the deal is in the ballpark of $1 billion.

This is by no means a surprise partnership. In March, Adidas announced it wouldn't renew its current contract with the league. Since then, industry analysts were pretty convinced either Nike or Under Armour would fill the void. (Video via Adidas)

The NBA was reportedly concerned over Adidas' reputation as an industry leader, as the German-based sportswear company, which also owns Reebok, has dropped behind its aforementioned competitors in recent years.

"NBA officials and Adam Silver were quietly kind of upset with the way Adidas slipped to the third best selling shoe and apparel company in the United States behind Under Armour," ESPN's Darren Rovell said.

As for Nike, the shoe fits.

The company, of course, already boasts an all-star cast of endorsement deals with NBA stars such as LeBron James, Kevin Durant and Kobe Bryant.

And it's indelibly linked to the NBA thanks, in part, to one of the most recognizable sneakers ever made: the "Air Jordan."

The NBA deal bulks up its existing presence in other American pro sports. The company recently extended its exclusive partnership with the NFL to keep its logo on all team jerseys on the gridiron as well.

Plus, the Nike logo can also be found on soccer apparel for the U.S. Men's and Women's national teams, a relationship that's been alive since 1995.