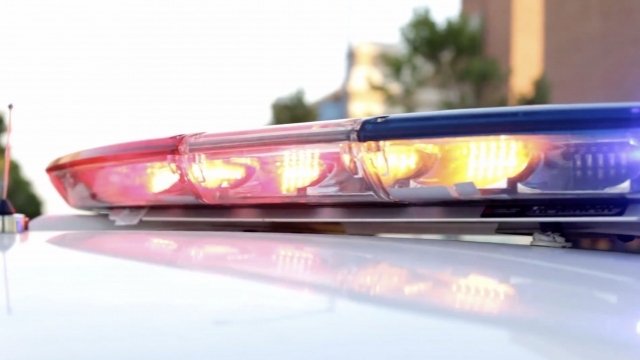 There's been new debate about how law enforcement should interact with young people — or if those interactions should be avoided entirely.

A viral video is making waves of an 8-year-old Black boy, detained by Syracuse police officers, over a stolen bag of chips.

And while the incident ended with no formal charges and the officers dropping the young boy at home, it ignited a discussion about how law enforcement should interact with young people — or if those interactions should be avoided entirely.

Kristin Henning is the director of the Juvenile Justice Clinic at Georgetown Law School. Henning says she's been representing juveniles in criminal cases for two decades.

"The very first word that popped in my head is the trauma," she said. "The research shows that black and brown children who live in heavily surveilled neighborhoods, and who have frequent stops and frisk by the police, report high rates of fear, anxiety, depression, hopelessness, they become hyper vigilant. And they began to distrust police officers, they began to question the legitimacy of policing as an institution. … So the reality is we're doing more harm than good."

These interactions between police and young Black children have gotten more attention as smart phones give every bystander the power to record video.

Just last week in Maplewood, Minnesota, four minors, including 10- and 12-year-olds, were handcuffed and put in police cars because there were reports of shots fired in the area.

The children were ultimately released after their parents arrived on the scene and officers cleared the minors of any involvement.

In 2020, in Aurora, Colorado, a Black mother and four children were handcuffed and laid flat on the pavement because police believed they were driving a stolen car.

And according to multiple studies, these interactions with officers can have immediate effects.

A study published by the American Psychological Association says teens who are stopped by the police are more likely to report greater disengagement from school the next day.

A separate study from Johns Hopkins says "contact with police often leads to Black youth being treated as adults at ages when they should just be children."

David Walker is a former police officer who now trains law enforcement on how to have better interactions with young people.

"Yes, this was a traumatic event for this young man. Right? I mean, it was," he said.

Walker believes, despite the widespread outrage, the Syracuse officers handled this situation well but does acknowledge it may be best if officers weren't involved at all.

"All in all, this appears to be a fairly appropriate response.," he said. "Would it have been nice if there had been a number you could call to contact a youth counselor who could come and stop the young men and talk to them about what they were doing? Sure. But that doesn't exist. So, we find that police across the country are being asked to deal with situations that are minor offenses, even non-criminal offenses."

Syracuse Mayor Ben Walsh seemed to echo this idea. In a statement about the incident, Walsh called on the city to "invest in alternative response options to assist our officers."

On Thursday, Syracuse First Deputy Police Chief Joe Cecile described the officers' handling of the matter "community policing 101," saying that the officers knew the boy and his parents from previous incidents.

But, he also said something must be changed when it comes to law enforcement dealing with children and what he called "repeat petty crime," adding "we want to get out of that business."

"What is remarkable about my work is that in that entire 26 years, I have only represented four white children, every other child I have represented has been African American," Cecile said.

According to Henning, part of the problem is Black children bear the brunt of these kinds of interactions with law enforcement.

"You're more likely to experience use of force at those young ages, if you're Black or brown," she said. "That says a lot about our society and its perceptions of Black and brown children."