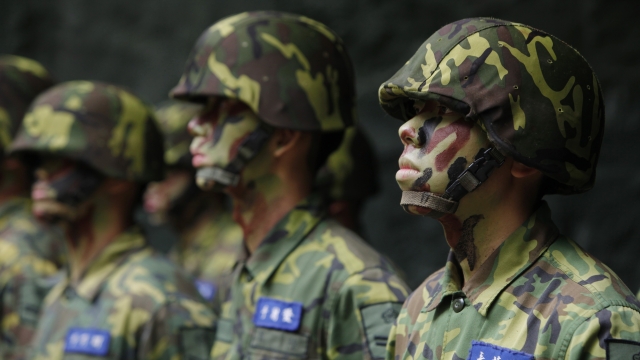 Taiwan has unveiled its largest defense spending boost in more than a decade amid growing tensions with China.

Taiwanese President Tsai Ing-wen's Cabinet agreed to an 8.3% increase in military spending, bringing the total to $13.11 billion. If Parliament approves the increase, which is likely, it will be the highest since records began in 2001, according to data from Taiwan's Directorate General of Budget, Accounting and Statistics.

Tensions between China and Taiwan have been ramping up recently, especially with the political unrest going on in Hong Kong. Last month, the U.S. approved a potential $2.2 billion arms sale to Taiwan, which drew the ire of Beijing. China announced it would impose sanctions over the move, with China's Foreign Ministry saying the arms sales threatened China's security and sovereignty.

China also said it was prepared to go to war with "'Taiwan independence' separatists."