The Taliban Celebrate First Day Of Rule Without U.S. Troops 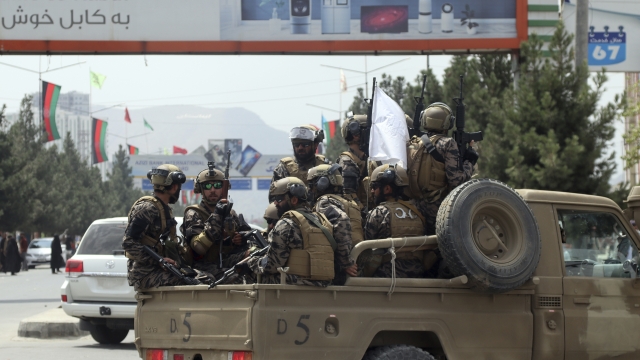 Militants celebrated with gunfire, once the last C-17 took off — just one minute before midnight and the August 31 evacuation deadline.

The Taliban commemorated their commanders killed by American and Afghan troops in years past. They had mock funerals for coalition forces and wandered Hamid Karzai International Airport, inspecting abandoned U.S. military equipment and weapons. Then they made propaganda videos of victory.

All while the country faces food shortages and funds blocked by Washington and the IMF.

On Tuesday morning, they invited investment — saying the head of their political office in Doha met with China’s Ambassador to Qatar and that Beijing plans to send humanitarian aid.

But in the northern province of Panjshir, a bastion of resistance, fighters battled Taliban forces and the threat of another enemy — ISIS-K — still looms large for the incoming government and civilians.

According to the State Department, between 100 and 200 Americans remain in the country — although it's unclear how many of them wanted to stay or were turned away.

And then there are thousands of Afghans who helped the U.S military and government, many now in hiding, living in uncertainty and fear.

The State Department vows to use diplomacy to save Americans and Afghans left behind.