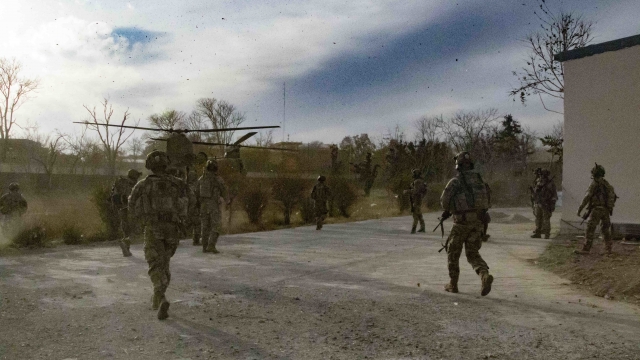 The cease-fire will give the U.S. and Taliban about a week to work out a peace agreement.

The Taliban's leadership said Sunday it has agreed to a temporary cease-fire.

In September, the U.S. and the Taliban reached a peace deal "in principle." That agreement — which was brokered over a year of negotiations — involved withdrawing over 5,000 American troops from Afghanistan. But President Trump cut off negotiations later that month after the Taliban claimed responsibility for a suicide bombing in Kabul, which killed 10 Afghan civilians and one U.S. service member.

President Trump said in November that the U.S. will reduce the number of U.S. troops in Afghanistan from around 12,000 to 8,600. But he said the U.S. won't leave entirely "until we have a deal or we have total victory."