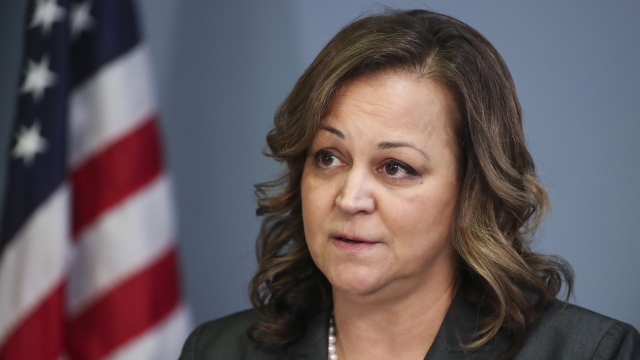 Mary O'Connor submitted her resignation after an internal affairs review found she violated policy when she abused her position to escape a ticket.

The police chief in Tampa, Florida, resigned Monday after using her position to escape a ticket during a traffic stop involving a golf cart driven by her husband.

Mary O'Connor submitted her resignation after an internal affairs review found she violated police department policy during the Nov. 12 stop by a Pinellas County sheriff's deputy.

During that stop — which was recorded on video by the deputy's body camera — O'Connor identified herself as the Tampa chief, flashed her badge and said "I'm hoping you will let us go tonight."

The deputy issued only a verbal warning instead of a citation, according to the internal affairs review. The golf cart did not have a license tag, a requirement for when such vehicles are driven on public streets. O'Connor's husband, Keith, said they had just come from a restaurant and didn't usually drive the cart on streets.

The internal review found O'Connor violated regulations on standards of conduct and "abuse of position or identification."

The Tampa Police Department does not want the resignation of Chief Mary O’Connor to distraction from the skilled work and professionalism provided to our community everyday. (1/2) https://t.co/FaeQ8ITkes

"The Tampa Police Department has a code of conduct that includes high standards for ethical and professional behavior that apply to every member of our police force," Mayor Jane Castor — herself a former Tampa police chief — said in a statement requesting the resignation. "As the Chief of Police, you are not only to abide by and enforce those standards but to also lead by example. That clearly did not happen in this case."

Castor appointed Lee Bercaw, who was assistant chief, as acting chief while a nationwide search begins. O'Connor served in the post for nearly a year.

Last week, O'Connor issued a statement apologizing for her conduct.

"In hindsight, I realize how my handling of this matter could be viewed as inappropriate, but that was certainly not my intent," she said.