Tardigrades Might Be The Sole Survivors Of The Apocalypse 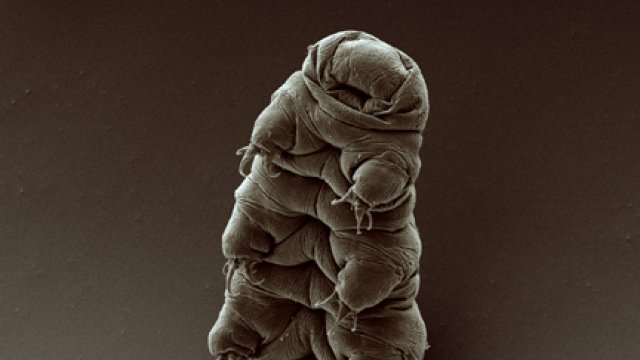 Even an asteroid impact is no match for the resilient, microscopic species.

Nearly three-quarters of all life on Earth was wiped out 65 million years ago, and if the math is accurate, we're due for another mass extinction in a few million years. It's hard to predict whether humans will be around, much less make it through doomsday, but scientists think one thing will survive: the tardigrade.

The eight-legged micro-animals can live without food and water for decades and endure extreme temperatures. They've survived the frozen vacuum of space and even can bring themselves back to life.

Now, researchers argue this resilient species could survive doomsday scenarios caused by astrophysical events, like an asteroid impact. Yes, it might wreck the planet, but an asteroid strike probably wouldn't boil away all the oceans, and so, tardigrades could hang on.

Other species — like humans — aren't as durable. Even subtle changes to our environment can have a drastic effect on our health.

So when that next mass extinction happens, it might be up to tardigrades to ensure life goes on.