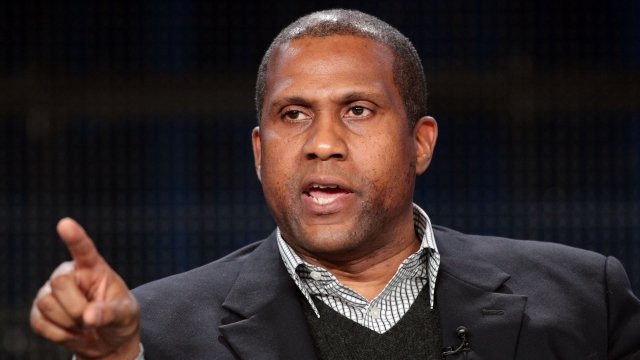 The talk show host pushed back against allegations of sexual misconduct during an interview with ABC's "Good Morning America" Monday.

It was his first live interview since PBS suspended its distribution of Smiley's nightly show last Wednesday. The public broadcaster said an investigation had "uncovered multiple, credible allegations" against Smiley.

Smiley admitted to ABC's Paula Faris that he's had consensual relationships with co-workers in the past.

Smiley remained harshly critical of PBS, saying it "made a big mistake." The host alleges PBS investigators only met with him after he threatened a lawsuit.

The "Tavis Smiley" show aired on PBS for 14 seasons.