Teacher Accused Of Feeding Kids Semen To Plead No Contest 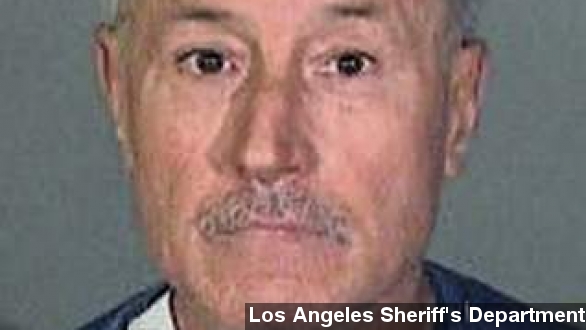 The elementary school teacher who police say fed students spoonfuls of his semen is expected to plead no contest.

The California elementary school teacher who police say blindfolded his students and fed them spoonfuls of his semen is expected to plead no contest Friday.

That's the legal equivalent of a guilty plea. An attorney representing Miramonte Elementary School students and parents told reporters 62-year-old Mark Berndt will likely get 25 years in prison after pleading no contest to 23 charges. (Via  KNBC)

News of the plea was first reported by the Los Angeles Daily News.

And it's good news for prosecutors who hoped for a plea deal to avoid re-traumatizing the children at a trial.

Police say Berndt took some 600 pictures of more than two dozen students he blindfolded and fed his semen. Officials say he also allowed cockroaches to crawl over the children's faces while they were blindfolded. (Via KCAL)

Berndt had taught at the school for more than 30 years before he was pulled from the classroom in 2011 — after a photo technician noticed suspicious pictures of blindfolded elementary school students and called police. (Via KCBS)

That launched an investigation, and officials found a plastic spoon with traces of semen on it in the classroom's trash can. (Via KTTV)

The school district — which is the second biggest in the country — has already paid out millions to the families of victims. It had earlier been revealed the district had apparently gotten complaints about Berndt as far back as the 1990s but seemingly ignored them.