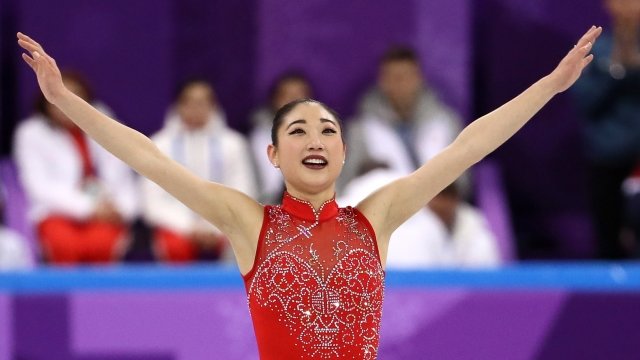 Mirai Nagasu is the second American woman to land the jump in international competition but the first in the Olympics.

Olympic history was made on Monday in Pyeongchang, South Korea — Mirai Nagasu became the first American woman, and the third woman ever, to land a triple axel at the Olympics.

Nagasu landed the jump, which requires three-and-a-half rotations in the air, during the figure-skating team competition.

This is a triumph four years in the making for Nagasu. She was left off Team USA for the Sochi games in 2014 despite a third-place finish at the national championships, something she admits was heartbreaking.

Nagasu won a bronze medal with the U.S. in the team event; the women's individual competition is still to come.