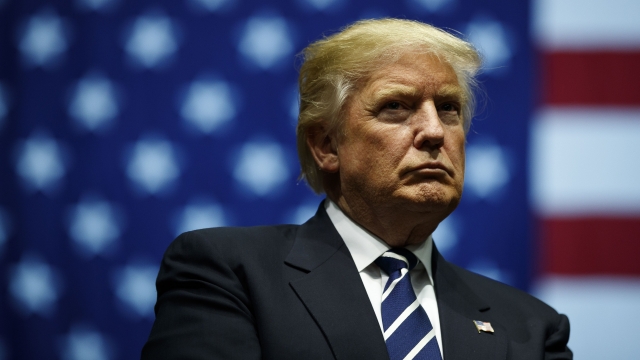 The controversial executive order prohibits travelers from seven Muslim-majority countries from entering the U.S. for 90 days. It stops admission of all refugees for 120 days. Syrian refugees are blocked indefinitely.

Ninety-seven companies, including giants like Apple, Google, Facebook and Netflix, filed a legal brief Sunday in support of a lawsuit by the attorneys general of Minnesota and Washington state. The lawsuit claims key provisions of the executive order are unconstitutional.

The tech companies' filing highlights how they depend on immigrant labor. It says the executive order "is inflicting substantial harm on U.S. companies" by increasing business costs and making it harder to find employees.

The brief continues, "The Order also could well lead to retaliatory actions by other countries, which would seriously hinder U.S. companies' ability to do business or negotiate business deals abroad. Many companies do business in one or more of the countries currently covered by the Order."

It's not a surprising move. Many tech executives denounced the order on social media after it went into effect, including Twitter's Jack Dorsey, Facebook's Mark Zuckerberg and Tesla's Elon Musk.

President Donald Trump used his preferred platform to criticize the judge who blocked his administration's travel ban on immigrants.

Tesla is one company absent from the recent filing. Musk currently serves on Trump's business council and says he can get work done by being on the inside and advising the president.

Uber CEO Travis Kalanick recently stepped down from that advisory board because of the travel ban.

Also absent from the filing is Amazon. The retail giant filed a motion against the ban at the end of January.