Ted Cruz Isn't Totally Out Of The Presidential Race (Yet) 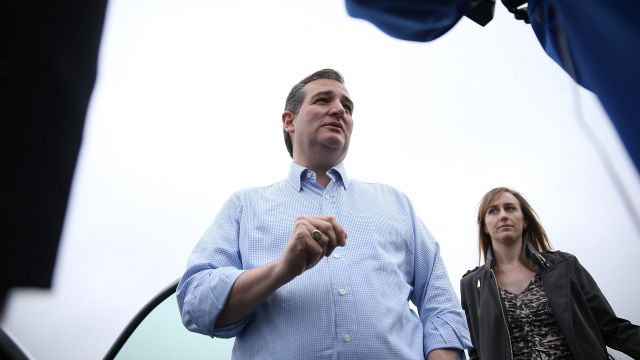 In an interview with Glenn Beck, Ted Cruz floats the idea of re-entering the presidential race if he wins the Nebraska primary.

Despite his recent loss in Indiana, Ted Cruz isn't ruling out a re-entry into the presidential race.

"The reason we suspended the race last week, it was Indiana's loss — I didn't see a viable path to victory. If that changes, we will respond accordingly," Cruz said on CNN.

That was Cruz on Glenn Beck's radio program. The two were discussing the possibility of Cruz winning Nebraska's Republican primary.

Nebraska and West Virginia are holding their primaries Tuesday, but with Donald Trump as the presumptive GOP nominee, there's probably not too much hope for Cruz to win either of those states.

But, just a month ago, Cruz was seen as a shoo-in in Nebraska.

That wasn't the only interesting bit from Cruz's interview with Beck, though.

The Texas senator also said he still refuses to back Donald Trump, saying picking a candidate "is not a choice that we as voters have to make today."

This video includes clips from CNN and Donald J. Trump for President, and images from Getty Images.