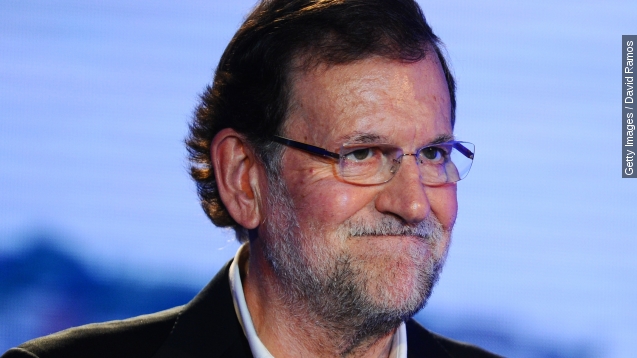 Prime Minister Mariano Rajoy was punched in the face while campaigning. Yes, really.

Your parents told you at some point that it's not nice to hit people, right? Well, one 17-year-old in Spain apparently missed the memo.

Spain's Prime Minister Mariano Rajoy was on a campaign stop when he was punched. (Video via Diardio de Pontevedra)

A Spanish newspaper says the teenager walked up to "supposedly" take a selfie, but punched him the face instead.

The teenager was taken into custody almost immediately but apparently said "I am glad I did it." Rajoy seemed to be fine, except for a pretty large shiner on the side of his face. (Video via El Pais)

There's no motive yet but one thing we do know is that Rajoy is not really popular with Spanish youth. One poll found him topping a most disliked list for young Spaniards. For comparison's sake, Spanish dictator Francisco Franco came in third.

And the reason behind that anger is pretty obvious. Millennial Spaniards have been hit the hardest by Spain's economic woes with 50.7 percent of youth unemployed.

Despite his unpopularity, news outlets are projecting Rajoy's party to win in the general elections on Sunday.