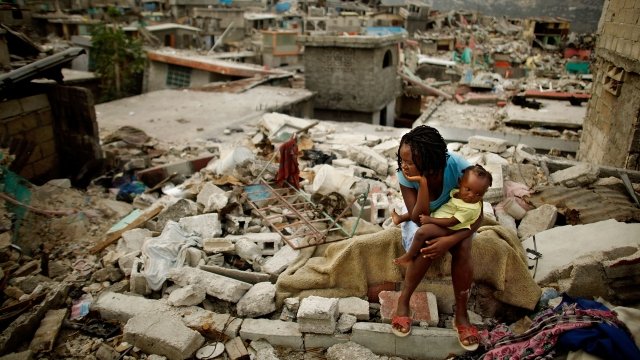 The Trump administration will decide whether or not certain immigrants given "Temporary Protected Status" will keep that protection next year.

Set up in 1990, the Temporary Protected Status program shields some immigrants from certain countries from deportation if they fled to the U.S. due to an environmental disaster, ongoing armed conflict or other extraordinary circumstance back home.

More than 300,000 people from Honduras, Nicaragua, Haiti and El Salvador are currently in the U.S. under that protection, but their statuses are set to expire early next year.

Citizens of Honduras and Nicaragua have been protected since shortly after 1998's Hurricane Mitch; their status ends Jan. 5. Haitians were granted TPS after a deadly earthquake in 2010; their designation ends Jan. 22. El Salvadorans were also given TPS designation in 2001 following a series of deadly earthquakes; their designation ends in March. Nepal, Somalia, Sudan, Syria and Yemen also have TPS designations set to expire later in 2018. South Sudan's is extended into 2019.

The Trump administration has until Monday to notify protected Hondurans and Nicaraguans whether or not their TPS designation will be extended — something it's signaled it won't do.

What Happens Now That The Border Barrier Prototypes Are Done?

Once the concrete sets, U.S. Customs and Border Protection will test the prototypes for "breachability."

Administration officials point out that the designation was always intended to be temporary — as the name implies. Secretary of State Rex Tillerson is reportedly in favor of ending the TPS designations for those citizens. As head of DHS, John Kelly extended Haitians' designation in May — but only for six months, compared with the typical 18-month extensions under the Obama administration. At the time, Kelly suggested Haitians start to think about returning home.

The Pew Research Center notes many immigrants with TPS designation entered the U.S. illegally. The designation doesn't automatically make someone eligible for U.S. citizenship, but it can be a path to legal, permanent residency.