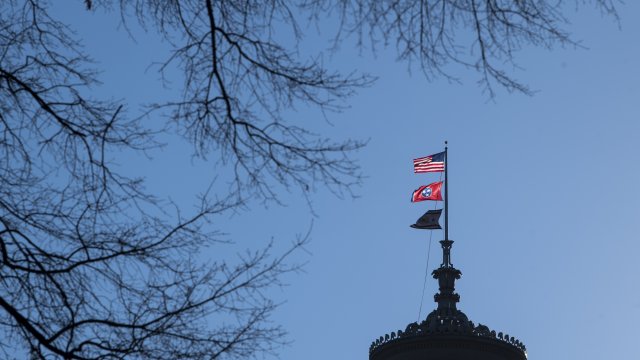 The bill does not specifically target the LGBTQ+ community, but it’s designed to exclude them in this new common-law marriage.

Some Tennessee Republicans are pushing a bill that creates a new class of marriage.

It’s called House Bill 233. Its author, Republican representative Tom Leatherwood, says this will not change the current definition of marriage already on the books in the state, but says it will create a separate common law marriage specifically between a man and a woman.

"All this bill does is give an alternative form of marriage for those pastors and other individuals who have a conscientious objection to the current pathway to marriage in our law," Leatherwood said.

The bill does not specifically target the LGBTQ+ community, but it’s designed to exclude them in this new common-law marriage.

The right-wing Family Action Council of Tennessee praises the bill for bringing the state back to what it calls God’s definition of marriage, between a man and a woman.

When the bill was proposed last month, it did not specify a minimum age for marriages, effectively making child marriage legal. Republican supporters are now moving to correct that.