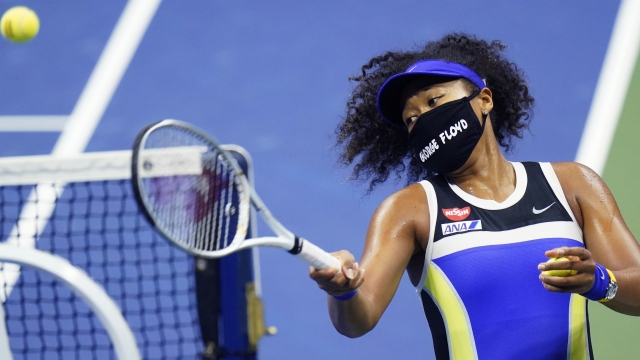 Tennis star Naomi Osaka has joined a list of athletes taking a stand against racial injustice.

Osaka has worn face masks with the names of five Black people killed by police or individuals at the U.S. Open.

To include Breonna Taylor, Trayvon Martin and Ahmaud Arbery.

ESPN showed a video of Martin’s mother and Arbery’s father thanking Osaka for her support after Osaka’s quarterfinals win.

She won the U.S.Open two years ago.