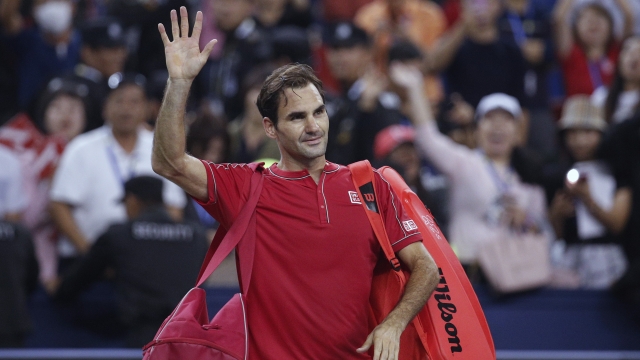 Roger Federer announced Thursday that he is retiring from professional tennis at age 41 after winning 20 Grand Slam titles.

This decision comes just days after the end of the U.S. Open, which is expected to be the last tournament of 23-time major champion Serena Williams’ career, and signals the real end of an era in tennis.

Federer has not competed since Wimbledon in July 2021 — he has had a series of knee operations — and so in that sense, the news is not surprising.

But he had appeared at an event marking the 100-year anniversary of Centre Court at the All England Club this July and said he hoped to come back to play there "one more time."

He also had said he would return to tournament action at the Swiss Indoors in October.

Soon after, Federer had surgery to repair damage to his meniscus and cartilage in his right knee — his third operation on that knee in a span of 1 1/2 years.