Tens Of Millions Of People Under Heat Alerts In The West 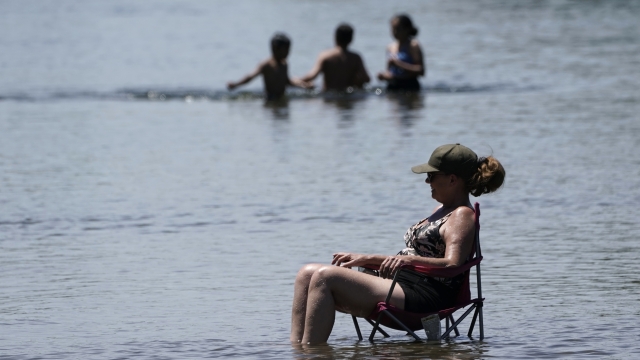 Major western cities like Portland, Sacramento and Phoenix are in or nearing triple-digit temperatures for the holiday weekend.

A brutal heat wave is baking the West, testing California’s infrastructure in Sacramento.

The country’s largest electric utility told its customers in the state to do their part to avoid overtaxing the grid.

"Set your thermostat to about 78 degrees," said Megan McFarland, spokesperson for Pacific Gas and Electric. "Try to avoid using your oven. Use your microwave instead or grill outside. This prevents your house from heating up."

It's a concern that could quickly get dangerous as the mercury rises, and with triple-digit highs on the map already, it will quickly get exhausting out west over the course of the week.

By Monday, it's still expected to be 100 degrees Fahrenheit in Boise, Idaho, and Sacramento could hit 111, as Phoenix, Arizona cools to 109.

The Los Angeles Times obtained documents showing multiple celebrities are the biggest offenders when it comes to breaking water budgets.

"Close your blinds," McFarland said. "The sun beating in on your house actually raises the temperature and makes your air conditioning work harder.”

As tens of millions get some type of heat alert and settle in for a sweltering week, cities like Scottsdale, Arizona have already tried to be prepared.

"We wanted to get more data to make sure that we really understood where it’s hotter, why it’s hotter in some of those places," said Lisa McNeilly, Scottsdale's sustainability director.

The city is studying its landscape to analyze heat patterns block by block, trying to figure out how to make the hottest parts of the city cooler.

"We hope that the resources provided really will help people better understand all of those differences in heat, also what they can do, but then also let the city have a good basis for developing a heat mitigation plan," McNeilly said.

That’ll mean things like taking out or covering up asphalt and planting more trees. It's part of living in the extremes of a warming climate where heat waves like this one are much more common.