Tensions Between Russia And West Spread To Soccer 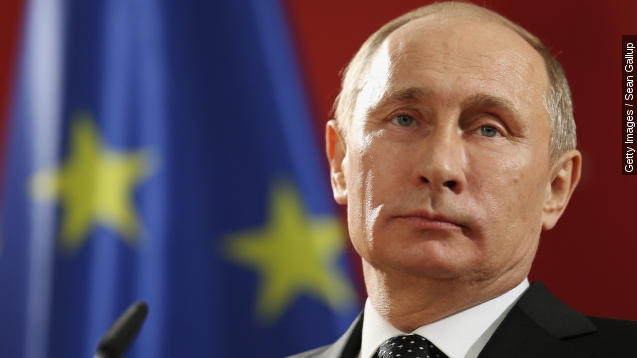 Putin accused the U.S. of spreading its jurisdiction after it indicted FIFA officials.

On Thursday, Russia's President Vladimir Putin ripped on the U.S. for indicting FIFA officials, saying the country was trying to "spread their jurisdiction to other states."

The U.S.'s role in the case was an issue many U.S. and international news outlets felt the need to address.

Newsweek wrote, "the guardians of a sport where the use of hands is illegal learned the hard way that the long arm of U.S. law extends across an ocean."

In the statement posted on The Kremlin's website, Putin was quoted as saying, "It may be possible that some of [the officials] did something wrong, I do not know, but the USA definitely have nothing to do with this."

According to the U.S., however, it did have enough to do with this to get involved. The charges center around bribery and corrupt deals, which happened either in the U.S. or through its banks. (Video via CNN)

"If you touch our shores with your corrupt enterprise, whether that is through meetings or through using our world class financial system, you will be held accountable for that corruption," FBI director James Comey said.

So where does Russia come into all of this?

Besides Putin's general willingness to denounce American interventionism, Russia is set to hold the 2018 World Cup, which has become increasingly controversial as Russia's continued actions in Eastern Ukraine strain relationships with Europe and the U.S. (Video via PBS Newshour, Euronews)

There have been calls from U.S. and European lawmakers for FIFA to reconsider the location for the cup.

“Is it appropriate to have this venue in Russia at this particular time, and aren’t there other countries that would be far less controversial?” Senator John McCain said on ESPN's "Capital Games" podcast.

Soon after the arrest of FIFA officials, who are being extradited to the U.S., Swiss prosecutors opened a separate investigation into the choices of Qatar for the 2022 World Cup and Russia for the 2018 World Cup. (Video via RT)

And a controversial location for a World Cup isn't unprecedented. Multiple outlets point to FIFA's 1934 tournament in Mussolini's Italy and the 1978 Argentina tournament, which was in the midst of a military junta. (VIdeo via Biography.com)