Tensions Rise In Iraq After Failed Assassination Of Prime Minister 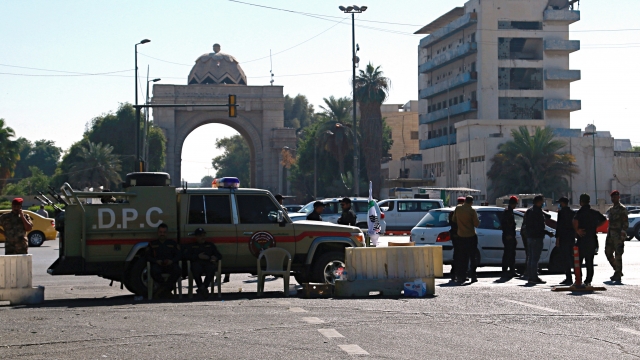 Prime Minister Mustafa al-Kadhimi suffered a light cut but appeared calm and composed after the attack by armed drones at his residence.

Troops and patrols have been deployed around Baghdad following a failed assassination attempt against Iraq's prime minister at his residence.

Members of the security forces on Sunday set up checkpoints at intersections in Baghdad and near the capital's fortified Green Zone, where the overnight attack occurred.

It comes a week after dozens were killed in a suicide bombing at another Shiite mosque.

The failed assassination attempt has ratcheted up tensions following last month's parliamentary elections, in which the Iran-backed militias were the biggest losers.

Prime Minister Mustafa al-Kadhimi suffered a light cut and appeared in a televised speech soon after the attack by armed drones on his residence.

He appeared calm and composed, seated behind a desk in a white shirt and what appeared to be a bandage around his left wrist.

Seven of his security guards were wounded in the attack by at least two armed drones, according to two Iraqi officials.