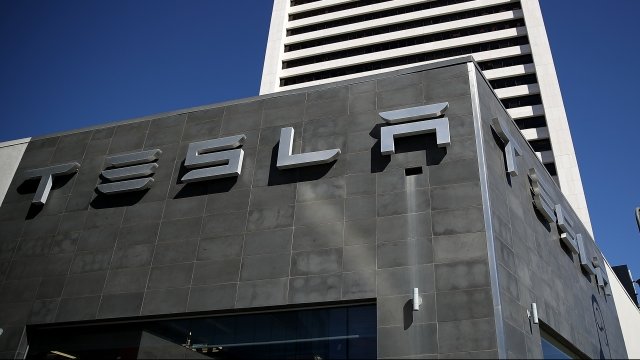 More than 20 women spoke up about sexual harassment and discrimination during Tesla's diversity meeting.

Another Silicon Valley company was just accused of sexual harassment and discrimination. This time, it's Tesla.

Back in February, an engineer sued Elon Musk's car company for sexual harassment and discrimination. Less than six months later, she was fired for "falsely attacking [Tesla] in the press" — but now, other female employees are speaking up.

The long string of complaints came one week after The Guardian published the engineer's accusations. It was prompted after Tesla organized a "health and wellness" lunch on International Women's Day, which focused on the supposed benefits of essential oils.

That didn't go over well, so Tesla organized a town hall meeting in its place. The only problem with that? Only one woman — out of seven people — was put on the so-called diversity panel.

Silicon Valley's sex industry is in focus after a high-end call girl allegedly killed a Google executive via a heroin overdose.

The lack of women on the panel reportedly didn't stop female employees from voicing their concerns. One by one, more than 20 shared their experiences of sexual harassment and discrimination. The Guardian says one woman even referred to parts of the company as a "predator zone."

This news comes on the heels of sexual misconduct at Uber, where former CEO Travis Kalanick resigned amid complaints of sexism. Former Uber engineer Susan Fowler said that on her first day with her team, her male manager sent her inappropriate messages.

Discrimination lawyer Therese Lawless — known for defending former tech venture capitalist Ellen Pao — is taking the case against Tesla. Lawless is arguing that the car company is guilty of retaliation.