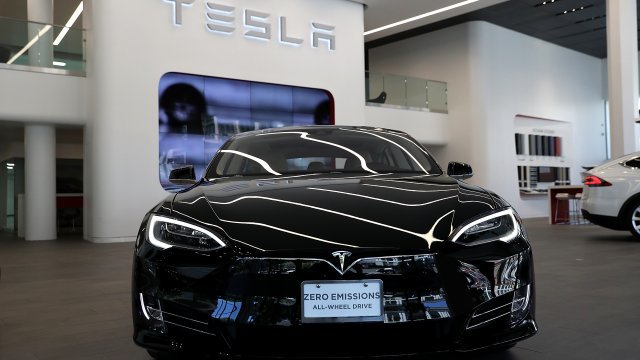 As Hurricane Irma bore down on Florida, some Tesla owners in the area got surprise upgrades for their cars.

All Tesla Model S and X cars ship with the same battery, but cheaper versions can only access about 80 percent of its power. It usually costs thousands of dollars to unlock the full battery, but some people in Hurricane Irma's path got a temporary freebie.

The first 30 Tesla Model 3s were delivered to company employees. People who pre-ordered the cars will have to wait months for theirs.

A software update gave those Teslas an extra 30 miles of range to outrun the storm before needing a recharge. It's a generous move for the company — and a reminder about how much control Tesla has over its vehicles after purchase.

Electrek reports Tesla made the update after a driver fleeing Irma reached out to the company for help. It's not clear when — or if — the company will offer similar upgrades in future crises.

And Tesla's business model doesn't just come into play during natural disasters — a writer for Jalopnik notes that Tesla routinely locks the potentially lifesaving features of its autonomous driving mode behind a multithousand-dollar paywall.