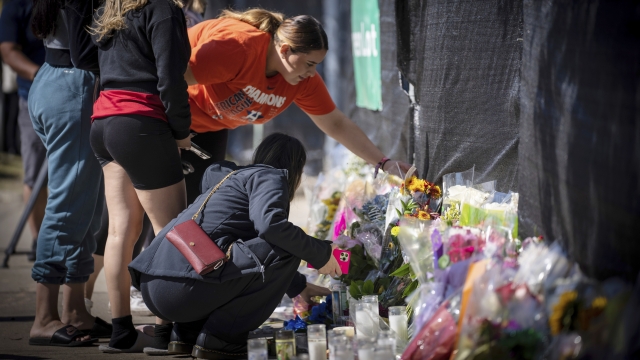 A 22-year-old college senior who was critically injured at the Astroworld festival in Houston has died, the family’s lawyer said Thursday, making her the 9th person to die after throngs of fans surged toward the stage during a performance by headliner Travis Scott.

Houston Police Chief Troy Finner said he's confident his department can handle the complexity of the investigation but it may take some time.

“Bharti was a shining star in the community,” Lassiter said. “She was a sister, a daughter, a high-achieving college student about to graduate from Texas A&M University with high, high grades.”

Shahani’s family said she had been studying electronics systems engineering.

Her mother, Karishma Shahani, became emotional during the news conference. She pointed to her heart as she cried: “What happened to her? I want my baby back. I’m empty here.”

Officials have not disclosed details about any of the fans who were hospitalized, but the family of a 9-year-old boy who attended the concert with his father has said the child was in a medically induced coma after sustaining injuries to his heart, lungs and brain.

Hundreds more people were injured in the surge Friday night as Scott took to the stage. A criminal investigation into the deaths at Astroworld is underway.