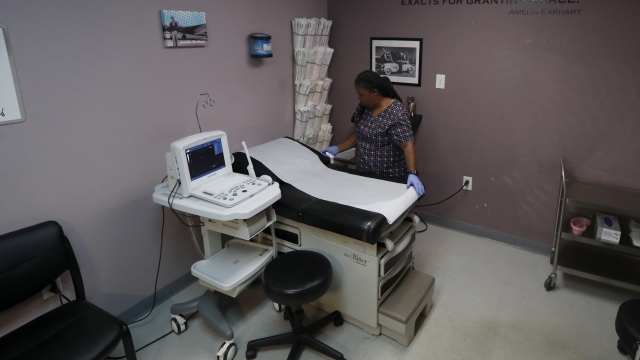 The law bans abortions as early as six weeks.

In just two days people in Texas will largely lose their right to choose to have an abortion.

That's after an appeals court canceled a hearing scheduled Monday to challenge the law.

The Republican-backed legislation bans abortions after a fetal heartbeat can be detected — which can be as early as six weeks into a pregnancy and before many people even know they are pregnant. The law also allows members of the public to sue doctors who they say violated the law.