Texas Governor Says The State Will Not Take In New Refugees 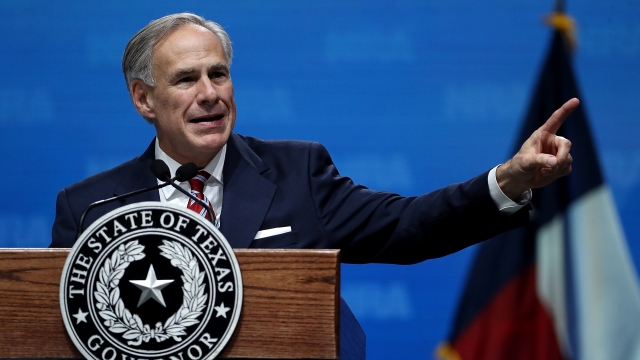 Texas becomes the first state to decline to accept new refugees. Forty-two other states say they will continue to invite them to settle.

Texas Gov. Greg Abbott said he's decided to pull the state out a resettlement program for refugees under an executive order by President Trump. It says refugees should be placed in communities "eager and equipped" to accept them. Texas is the first state to decline.

In a letter to Secretary of State Mike Pompeo, Abbott said "more refugees have been received in Texas than in any other state."

He also said: "Texas has been left by Congress to deal with disproportionate migration issues resulting from a broken federal immigration system" and that "Texas has carried more than its share in assisting the refugee resettlement process."

But just because the state is opting out doesn't mean refugees can't come to Texas after they've been resettling in another state first. Abbott argued the state and its non-profits should be focusing on "those who are already here, including refugees, migrants, and the homeless — indeed, all Texans."

Refugee groups have criticized the governor's decision. The president and CEO of the Lutheran Immigration and Refugee Service called the decision "deeply disappointing" but not surprising.

The Associated Press reports 42 governors have already said they will take in more refugees.