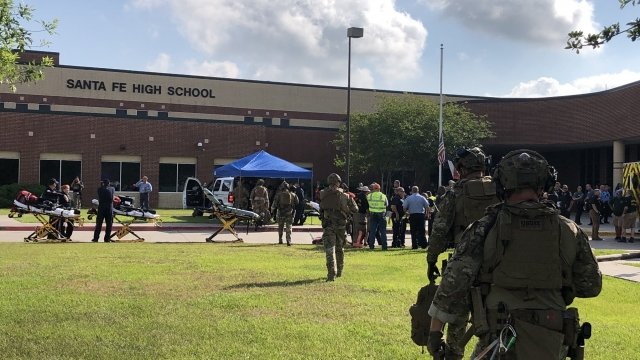 The suspect is accused of capital murder and aggravated assault on a public servant.

The 17-year-old suspect accused of capital murder and aggravated assault on a public servant has reportedly confessed to Friday's school shooting in Santa Fe, Texas.

The attack killed 10 people, including students and adults. At least 10 people were injured. Harris County Sheriff Ed Gonzalez said one of the injured was a Sante Fe Independent School District officer.

The suspect, Dimitrios Pagourtzis, was reportedly a student at the high school. Police interviewed two other people to determine whether they were involved, but authorities now believe the suspect acted alone.

Investigators also found explosive devices in and around the high school but said that none were functional.