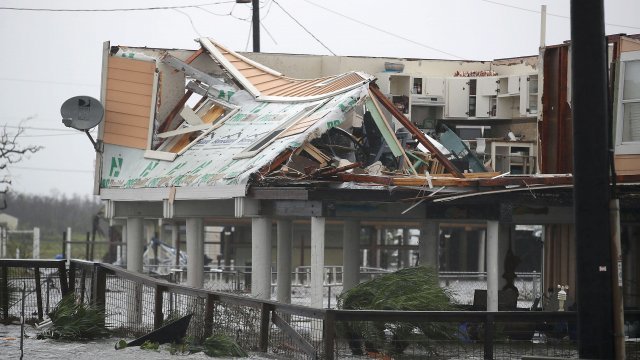 A state law in Texas could prevent anyone who boycotts Israel from receiving Hurricane Harvey aid.

Plenty of Texas residents still need relief after Hurricane Harvey. But for at least one Texas town, government support comes with a price — a pledge not to boycott Israel.

The city of Dickinson, Texas, started accepting applications for hurricane relief grants last week. But the application form included a clause that required candidates not to boycott Israel while receiving aid.

The city's lawyer says it's just complying with a statewide law signed earlier this year, which forbids state agencies from forming contracts with any companies that boycott Israel.

The movement to boycott companies that do business with Israel has sparked legislative backlash elsewhere in the country. The ACLU filed similar challenges this year to a Kansas state law and a proposed bill in the U.S. House and Senate.