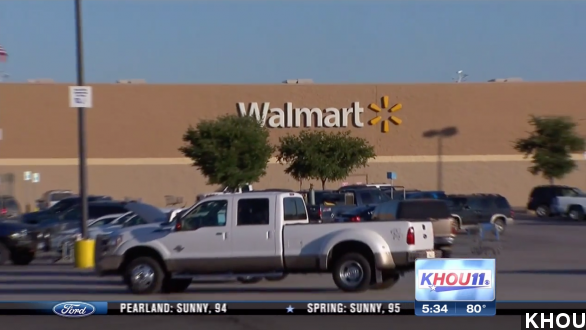 Wal-Mart employees in Corsicana, Texas, discovered a 14-year-old boy had set up two separate camps within the store.

The thought has probably crossed your mind before — that if worse came to worse, you could probably live inside a Wal-Mart. Well, one Texas teenager actually went through with it.

This week, employees in a Corsicana, Texas, Wal-Mart discovered a 14-year-old boy who had set up camp inside the store and had been living there for four days.

And as KTVT reports he may have been planning for a longer stay.

"Customers who walked down the aisles where the teen was living never noticed two hidden compounds where the boy was able to store necessities, sleep in a makeshift bed and eat items taken from inside the store."

The two "secret forts," as the Daily Mail calls them, were stashed away in the baby stroller and paper towel aisles.

And the teen had a few other tricks up his sleeve that show just how committed he was to staying out of sight.

He also had reportedly created a hole in the back of the drink aisle where he could grab drinks, changed his clothes every few hours to avoid detection, and took to wearing diapers so he wouldn’t have to use the store’s bathroom.

As WGHP writes, a trail of trash eventually led employees to the boy, and although police were called, the boy was released to relatives.

KTVT, which initially broke the story, said the boy was visiting relatives when he disappeared and that there was "no indication" Wal-Mart plans to file criminal charges.