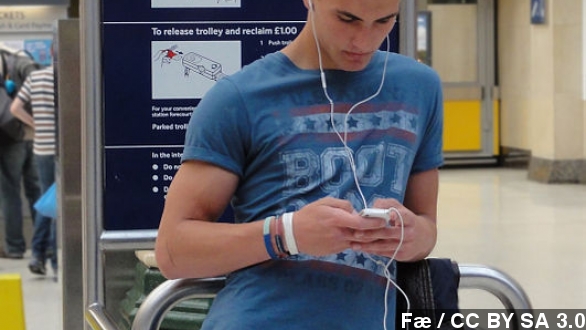 According to a new study, people who slump over to text can be adding as much as 60 extra pounds to their spine and neck.

But a new study shows using the devices so frequently really can become a pain in the neck — quite literally.

NBC Anchor Savannah Guthrie said, "When you text it is equal to four bowling balls on your spine."

"Every time you look down at your smartphone ... the pressure's equal to 60 pounds."

To get the findings, one researcher at Surgical Technology International explained, "We made the calculations using neck + head, which gave an average weight of [13.2 pounds]." This graph shows how much pressure is added to your spine depending on the degree your head is titled. Even with your head in a neutral position, there are still 10-12 pounds to support. But it can be a bit alarming to see that number increases to 60 pounds when your head is at a 60 degree angle — which is just about chin to chest.

For perspective, a punching bag weighs around 60 pounds. I've personally never had a punching bag on my neck — but i'd imagine it wouldn't feel too great.

Those large and pretty shocking numbers have lead some outlets to be a bit skeptical of the findings — more specifically the amount of blame for back and neck problems placed on cell phones.

WYOU: "You know what else can cause those problems? Shoveling five feet of snow."

At this point there's plenty of that — particularly for people living in buffalo.

And what about cleaning, cooking, eating, reading, sometimes even walking — you know, if it's been a particularly rough day. But on average, a person will spend way more time on their phones than any other named activity.

According to the researchers "People spend an average of two to four hours a day with their heads tilted over reading and texting on their smart phones and devices. Cumulatively this is 700 to 1400 hours a year of excess stresses seen about the cervical spine."

If you're worried about the findings, researchers recommend cutting back on texting time or staying upright while using your devices.