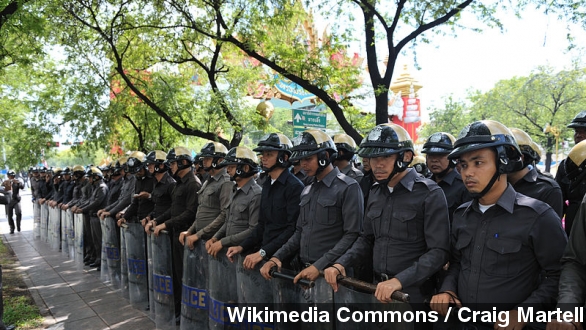 As part of a final push to get Prime Minister Shinawatra to resign, Thailand's main opposition party said its members of Parliament will also res

As part of a final push to get Prime Minister Yingluck Shinawatra to resign and dissolve the current government, Thailand's main opposition party said its members of Congress will resign.

According to CNN, the minority Democrats have about 150 members in Parliament who will be protesting with the anti-government protesters, or yellow shirts.

Prime Minister Yingluck Shinawatra has changed her original stance of not leaving office and has offered a referendum that would lead to her resignation, if that's what the people want.

But as one BBC reporter points out, the prime minister still has a lot of support throughout the country, which makes this referendum a little underwhelming for the yellow shirts.

"Both sides are talking about dissolving Parliament and having an election, but of course, the current governing party has won the last five elections. That is the problem for the opposition."

For weeks, the anti-government protesters have been occupying the streets of Bangkok, and they are getting ready for one final push to try to remove Prime Minister Shinawatra from office.

These protests were sparked by a failed amnesty bill that would have brought the country's former prime minister, Yingluck's brother, Thaksin Shinawatra, back into the country without facing jail time for corruption charges. (Via Arirang Korean)

Thaksin was ousted by a military coup in 2006 and has been exile ever since, but the yellow shirts believe he is pulling the strings of government through his sister. (Via NTDTV)

Five people have been killed since the protests began.