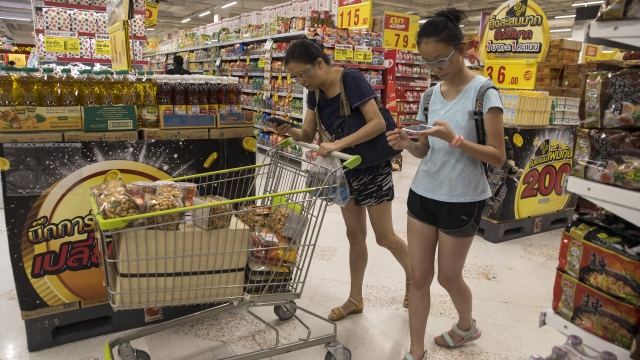 It's part of a long-term plan to reduce waste and debris that make it to the ocean.

Thailand is starting the new decade with a ban on single-use plastic bags at major stores. The country has a goal of completely banning the bags by next year.

The ban is part of a larger plan to reduce the amount of debris that ends up in the ocean. The program started because of public outrage after a baby dugong, which is similar to a manatee, died from consuming plastic. There are several initiatives under the plan, including one to ban micro-beads in cosmetics.

The Thai natural resources and environment ministry says the country has cut back on the use of plastic bags by 2 billion since the start of the campaign in August.

A Thai official said, "Thailand was ranked sixth among the world's top countries that dumps waste into the sea... During the past five months, we were down to 10th... thanks to the cooperation of the Thai people."