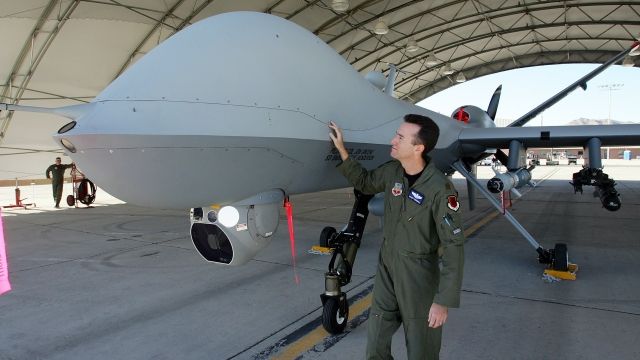 The Reaper drone, which is supposed to be the Air Force's most advanced model, is the one that crashes the most.

The U.S. Air Force is crashing more and more drones, and no one knows why.

There were 20 crashes last year that resulted in complete destruction of a drone or more than $2 million in damage to it — an all-time high — according to a report from The Washington Post. (Video via U.S. Air Force)

The Reaper drone is the model that most commonly ends up falling out of the sky. Officials said the crashes are caused by a problem with the starter generator, but they aren't sure about the specifics.

The Reaper was supposed to be the Air Force's most advanced model. It can carry more ammunition and travel farther at greater speeds than other models.

An official told the Post any impact to day-to-day operations from the crashes is barely noticeable.

The real problem may be finding enough drone pilots. The Air Force is having so much trouble filling the positions, existing drone crews have complained of being overworked.

Regardless of how useful the controversial aircraft can be, drones have a spotty record at best for the military, with more than 400 reported crashes since 2011.