Teens Are More Anxious Than Ever: The Physical Toll On Their Brains 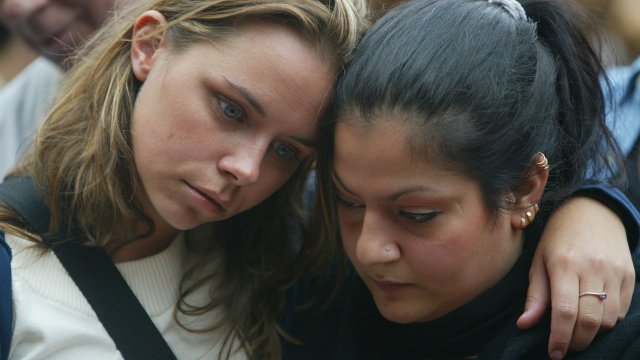 According to Pew, 70 percent of 13- to 17-year-olds think depression and anxiety are a "major problem" among their peers.

The teen years are always a bit topsy turvy. "Promposals." Prepping for college. We've seen childhood extending in recent years — teens delaying sex and drinking. But that doesn't tell the full story. It's not all milkshakes at the soda shop. Teens are facing serious mental health concerns. When Pew asked 13- to 17-year-olds if anxiety and depression were a problem with kids their age in their area, 70 percent called it a "major problem" and another 26 percent saw a "minor problem."

Only 4 percent of American teenagers did not think their peers struggled with anxiety and depression.

This trend has been intensifying for a while and shows no signs of getting better. It raises a troubling question: What are anxiety and depression doing to the brains of today's teens?

Let's start with an overview of what naturally happens in the adolescent brain.

The prefrontal cortex regulates mood, focus, impulse control and higher-order thinking. This part doesn't fully develop until the mid-twenties. Instead, experts believe teen brains rely on the amygdala, which matures earlier but is all about emotion, impulse, instinct and aggression. One theory is the prefrontal cortex, when developed, keeps the amygdala in check. But until then, strong emotions rule the day.

Sex steroids — estrogen and testosterone — flood the brain, creating a storm of development.

Stress, anxiety and depression can ravage the developmental process. Structural changes to the brain can occur, especially with prolonged intense conditions.

Excessive amounts of the hormone cortisol are being released, which helps control mood and motivation. But too much can damage neurons: In the prefrontal cortex,where the most sophisticated cognitions happen, a flood of cortisol can shrink it. High levels of cortisol can also enlarge the amygdala, often resulting in sleep trouble and emotional upset.

The good news is the human brain is plastic. It's capable of some degree of regeneration. And that means it is possible to reverse some of the shrinkage with treatment. It's in part a matter of controlling the amount of cortisol moving around inside.

In many ways, the brain's functions are clearer than ever. In other respects, it's a black box scientists are still trying to crack.

In the meantime, how many teens with anxiety and depression are getting the treatment they need? And what happens to a generation of brains besieged by cortisol?