The Battle Against Wildfires In The Western U.S. Continues 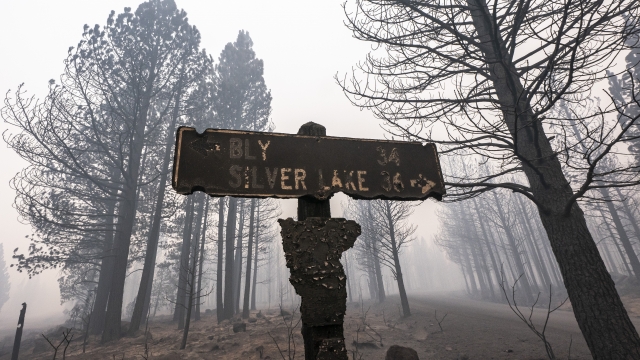 Officials say better weather and lower winds are helping them against the Bootleg Fire – which is the largest wildfire burning nationwide right now.

The battle against dozens of wildfires in the west continues, but there could be some hope on the horizon in southern Oregon.

Officials there say better weather and lower winds are helping them against the Bootleg Fire – which is the largest wildfire burning nationwide right now.

But another wildfire has crossed from northern California into Nevada, forcing thousands of people to leave their homes behind.

Evacuee Morgana-Le-Fae Veatch said: "That's the only house I've ever known, I was born and raised in that house, so it's like I don't want to lose it."