The Best Gift This Christmas? A Rare Full Moon 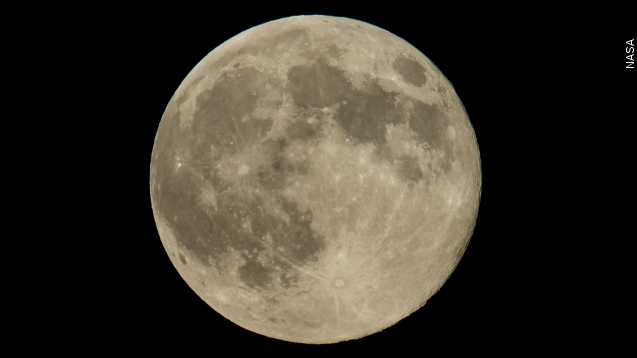 If you're looking for the best gift for someone this year, just take them outside for this rare celestial event.

Rudolph, it looks like you can take this Christmas off. Santa won't have any trouble getting around this year. (Video via Broadway Video / 'Rudolph the Red-Nosed Reindeer')

NASA says for the first time since 1977, there will be a full moon to light the way on December 25.

The last full moon of the year is called the Full Cold Moon, but it's very rare for it to drop in on Christmas. Thanks to longer and darker nights, they are some of the brightest you can see.

If you want to get the full effect, head outside at 6:11 AM Eastern time to catch the rare event in person.

And don't worry, Rudolph isn't out of a job yet. NASA says this won't happen again until 2034. (Video via Broadway Video / 'Rudolph the Red-Nosed Reindeer)