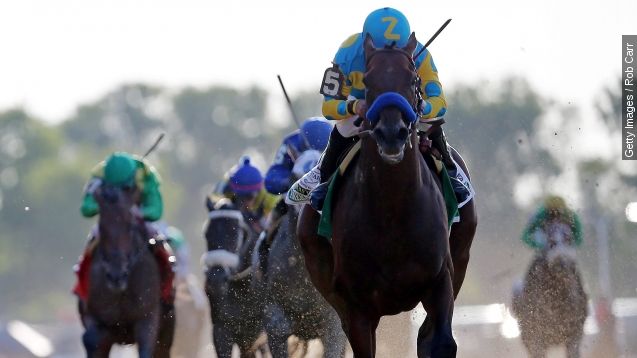 In 2015, there were rulings on deflated footballs, and completely deflated Seattle Seahawks fans.

We saw FIFA and president Sepp Blatter at their worst, but the U.S. Women's National Team at its finest.

The first ever College Football Playoff gave us the Ohio State Buckeyes as National Champions.

The Duke Blue Devils won their fifth NCAA basketball tournament for the men, while the UConn Huskies dominated once again on the women's side.

The Kansas City Royals took home the World Series trophy — their first since 1985.

Riley Curry dominated the NBA's press conferences, while her father, Steph, and the Golden State Warriors took home the NBA Championship — their first since 1975.

Boxing's big Floyd Mayweather-Manny Pacquiao fight ended up being a bit of a dud, but the UFC's Ronda Rousey upset by Holly Holm gave us everything we wanted and more. (Video via Showtime, Dish)

From Serena Williams nearly missing a Grand Slam to American Pharoah's successful Triple Crown run, this year has been a wild ride.