The 'Bomb Agrabah' Survey Shows How Problematic Polling Can Be 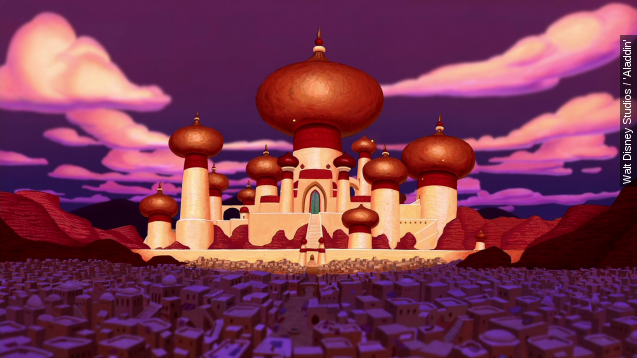 A new poll finds people want to destroy the land from "Aladdin" but its important to remember polling isn't always cut and dry.

The city of mystery, enchantment and the finest merchandise this side of the River Jordan is apparently a viable target for airstrikes. (Video via Walt Disney Studios / 'Aladdin)

In its latest survey, the left-leaning polling company Public Policy Polling got 30 percent of Republicans and 19 percent of Democrats to say they support bombing well ... Agrabah.

Yes, all you millennials –– that Agrabah. Home to Princess Jasmine and the street rat Aladdin.

After the news broke, headlines largely focused on the Republican respondents in the poll, which kind of misses the sizable percentage of other side of the aisle that also wants to carpet bomb little Abu. But taking the pulse of the public on the latest fictional issues isn't a new tactic. (Video via Walt Disney Studios / 'Aladdin')

In a May GOP primary poll by PPP, a candidate named Emily Farris made it into the field. And poor Farris received a 20 percent unfavorable rating from voters. The only issue: She's not actually running for president.

It raises the question, why do people have opinions on things that don't exist? Well it's kind of society's fault.

According to University of Cincinnati researchers, 20 to 40 percent of Americans will offer up opinions on fake topics. Those people "feel social pressure to answer the question asked," no matter how informed they are about the topic. Instead, they basically use contextual clues from the way the question is worded.

Oh, and it's not just an issue in politics.

"Jay Z bought the Leaning Tower of Pisa for his wife Beyonce. What did you think when you heard that?" A Jimmy Kimmel "reporter" asked a man on the street.

"I was like, if you have that much money, go ahead and buy it."

And this social pressure to give an opinion is not a sign of the times. A poll in 1947 found 70 percent of respondents had some type of opinion on a completely made-up piece of legislation called the Metallic Metals Act.

Polling trolling isn't just for laughs, though; it actually highlights the importance of survey methodology. The way a question is phrased or even the tone in which it's asked can have an impact on the answer someone gives, whether or not it's about bombing a land that only exists in Disney.