The Cost Of America's War On Drugs 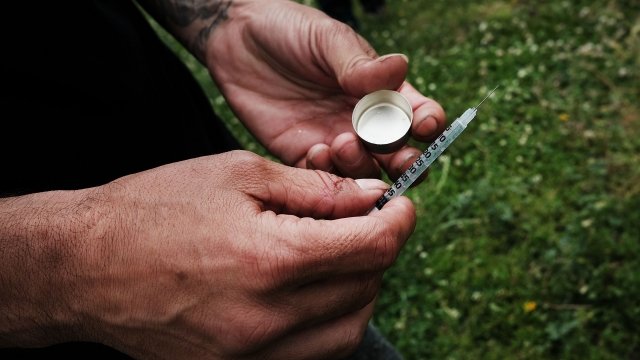 The annual budget has ballooned to more than $51 billion annually.

The war on drugs is meant to save lives, and it costs a whole lot of money in the process.

The so-called "war's" execution is a debate unto itself. Let's focus on the numbers. The price tag has plumed over the years, and the manpower involved extends far beyond the Drug Enforcement Administration, or DEA.

On paper, the DEA's mission is to "enforce the controlled substances laws and regulations of the United States" with almost 7,000 employees, 84 attorneys and nearly 3,500 agents.

Again, this likely underestimates the true cost. Let's jump back in time to 1997 to examine this. Rolling Stone ran a detailed investigation headlined "The Drug War: Where the Money Goes," putting the drug fighting figure at $16 billion back then.

Where'd it all go? $2 billion to the Bureau of Prisons, plus $5 billion spent on state facilities and local jails largely housing drug offenders.

According to Rolling Stone, "Most of the block grants go to the states to support new or existing drug-treatment facilities, clinics, prevention programs, maternal and child-care units and HIV/AIDS programs."

Critics say adding work requirements to Medicaid could worsen the opioid epidemic, but Republicans are promising no one will fall through the cracks.

Beyond that, money flows to tons of different agencies: the FBI ($865 million), Veterans Affairs ($1.18 billion), the Defense Department ($809 million), Customs ($641 million), the Department of Education ($747 million) and so on. Nearly everyone gets a piece of the cash-filled pie.

As the decades have progressed, advocates for criminal justice reform on both sides of the aisle have begun asking, "Is it working? Is it worth it? And at what cost?" The advocacy group Drug Policy Alliance sets out today's numbers.

The annual drug war budget has ballooned to more than $51 billion annually. The most recent numbers show 84 percent of arrests for drug violations were for possession, not selling or distributing. That's 1,249,025 arrests.

As a result, the Alliance estimates that one in every 111 Americans is now incarcerated. At this point, the war on drugs has exceeded $1 trillion of taxpayer money by most estimates, and the administration is accelerating the fight given the deadly rise of opioids and heroin.