The Economy's Role In President Biden's State Of The Union Address 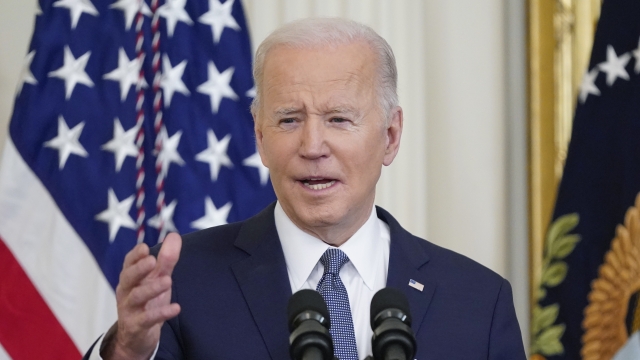 Given the unique challenges facing the U.S. economy, expect it to be a big topic in President Biden's first State of the Union address.

Given the unique challenges facing the economy, expect it to be a crucial topic in President Biden's first State of the Union Address.

The inflation rate is four times what it was a year ago, making any wage gains for workers less meaningful. Additionally, the cost of everything from gasoline to homes is increasingly expensive.

Poll: Biden's Approval Down To 39% Ahead Of State Of The Union Address

The president will deliver his State of the Union address Tuesday night from the House Chamber at 9 p.m. ET.

The president's approval rating sits near a record low, but this doesn't mean the economy hasn't made any improvements, according to some indicators.

Unemployment has dropped from 6% to 4%. Gross domestic product is up and expected to keep growing. Both of these are items President Biden is expected to harp on Tuesday night.

In his address to Congress last year, President Biden touted the economy's recovery under his administration.

"The economy created more than 1.3 million new jobs in 100 days," he touted. "More jobs in the first 100 days than any president on record."

He also promoted the American Jobs Plan and American Families Plan, both key parts of his Build Back Better agenda — the future of which remains in flux. 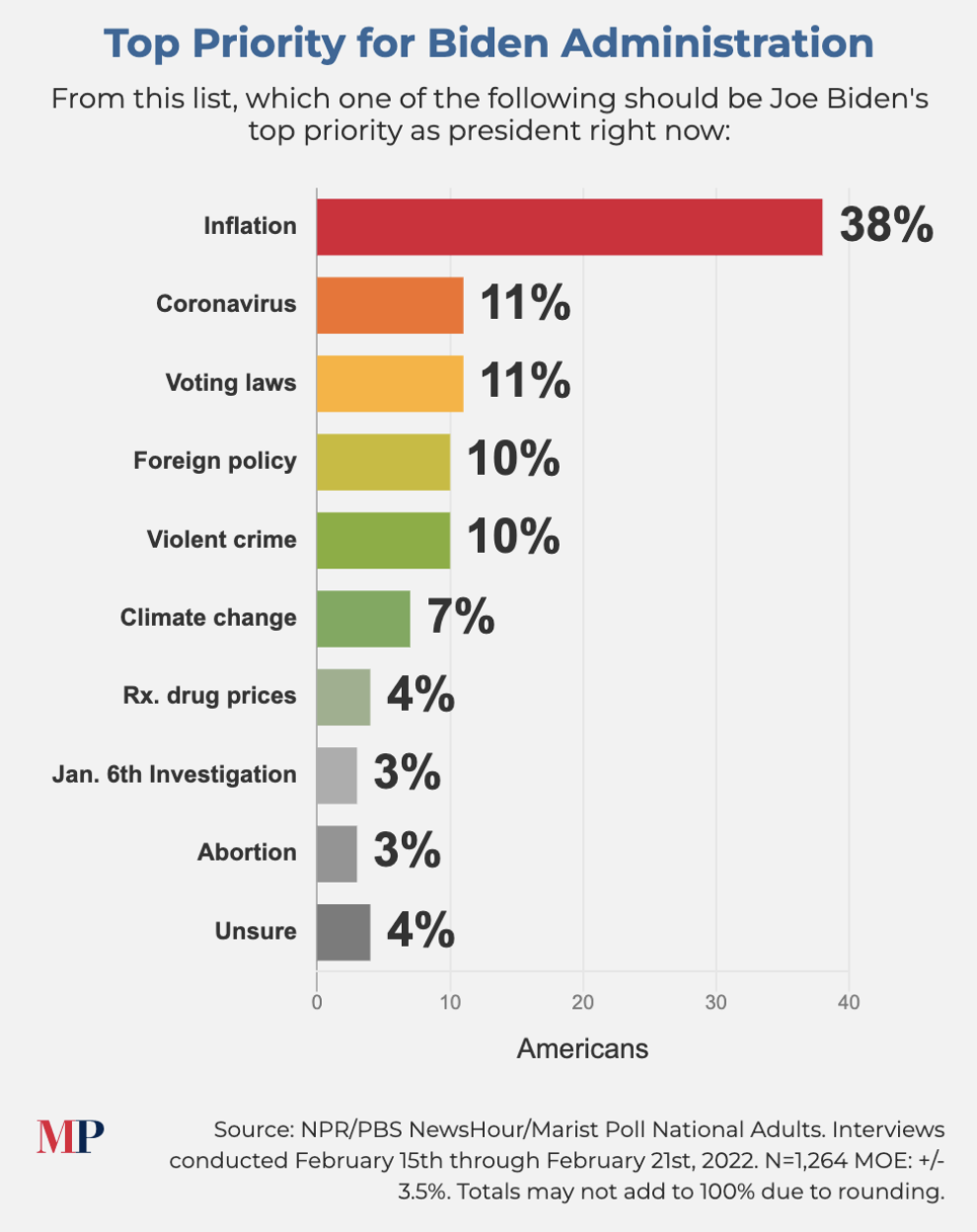 With so many Americans feeling weary of inflation — and the Biden Administration busy with other issues including Ukraine and the Supreme Court — tonight's address might not feature the same list of accomplishments from the president.